Veteran’s Day is on November 11th and it once marked the end of World War I. Now it honors all veterans of all wars. Perhaps a good way to remember the sacrifice of many is to see this new film of true events during the Battle of Okinawa during World War II: 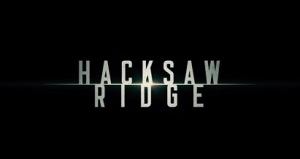 Did He or Didn’t He?

At the end of World War II the Allies splintered between East and West, and they began carving up Germany and the rest of Europe. Even as the Cold War began to develop, the Allies were rounding up and preparing to try various members of the Nazi regime. It is no secret that while they were doing this, they were also deciding which Nazis to keep for their own purposes (and others would be released early from prison in the following years). This, and the consequences and questions of ethics, have been documented in many books such as The Nazi Next Door and Operation Paperclip.

The Allies also sent investigators to verify the death of Adolf Hitler, since the remains had been burned. There have always been whispers of Hitler escaping, but I’m not one to jump quickly to join conspiracy theories. Then two things happened.

First, there has been the continuing revelations of deception regarding the protecting of many Nazis brought to the U.S., or used in Europe, to “assist” in prosecuting the Cold War. The government’s nonsensical policy of picking and choosing who to use, and who to prosecute, and to occasionally change their mind years later, is a troubling window into what certain people in power do.

Second, something stood out in these accounts of investigating Hitler’s suicide in his bunker. The investigators relied on the testimony on Nazis and evidence provide by them. END_OF_DOCUMENT_TOKEN_TO_BE_REPLACED