Posts Tagged With: World War I

They Shall Not Grow Old

From Director Peter Jackson comes the stunning documentary on World War I, They Shall Not Grow Old, using 100-year-old film that has been restored like never before. If you want to know what it’s like to travel back through time, check this out. Trailer: 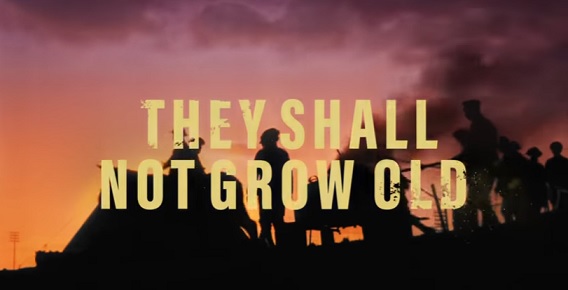 Freedom and the Future of Humanity

Here’s a pair of books on four men of the 20th Century that still speak to us today: Churchill and Orwell and A Hobbit, a Wardrobe, and a Great War. Not one of them was a talking head or armchair expert. Each was a veteran of one or more of the century’s — and mankind’s — worst wars.

Winston Churchill warned there was no appeasing totalitarian governments. Evil regimes only ceased their scourge when facing a people who refused to surrender. Churchill’s prophetic voice was nearly ignored in this, and of what the world was to become in the Cold War. Flaws and all, he reached a level few “leaders” today can approach.

George Orwell experienced in the Spanish Civil War that all totalitarian governments were indistinguishable — whether fascist or communist — in their aims and results. His politics were polar opposite of Churchill’s, but they arrived at the same truths through life, not hypothetical debate. His books Animal Farm and 1984 emerged from those experiences, becoming timeless warnings that wherever power existed, abuse of that power would occur.

After surviving the trenches of World War I, C.S. Lewis and J.R.R. Tolkien became academic scholars. While their contemporaries were writing dismal books on the dark future of humanity, Lewis and Tolkien refused to give in to such defeatism. They eschewed the materialistic and naturalistic philosophies that had brought the world to its knees, and were also being used to paint a future of darkness for humanity. Their fantasy novels were more than fairy tales — they unveiled the hope and the Story that had been gifted to men and women — and that Evil could be crushed.

Out of a dark age came these bright lights. We would be dangerously amiss to snuff them out. 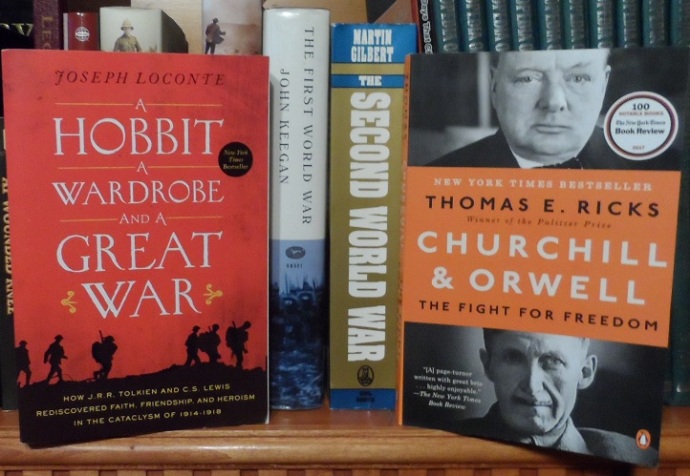 Equality and Diversity of Humans…and Elves?

Fantasy tales are often populated with a wide array of beings. Elves, humans and dwarves are a common trio, along with trolls, orcs and countless other variations. Not all authors have filled their stories with these fantastic races to purposely tell stories of diversity or race-relations.  However, long before terms like diversity were buzzing in everyone’s minds, two masters of fantasy had made a statement on equality among people. Joseph Loconte writes in A Hobbit, A Wardrobe, and a Great War:

[J.R.R.] Tolkien and [C.S.] Lewis encountered the horrific progeny of [eugenics] in the trenches and barbed wire and mortars of the Great War [World War I] — and it gave them great pause about human potentiality…the characters in their novels possess a great nobility, creatures endowed with a unique capacity for virtue, courage, and love. Indeed, a vital theme throughout is the sacred worth of the individual soul in Middle-Earth and Narnia, every life is of immense consequence.

The “races” of Narnia and Middle-Earth are very much like us, always at odds with each other: Elves hate dwarves; elves look down on humans; hobbits are obviously different from their larger human cousins; orcs once were elves.  And yet the fellowship of the ring throws together polar opposite, feuding races in a quest to the save the world.

Against all odds, they succeeded.  A powerful message among the many in these stories.

Tolkien and Lewis began writing during a time when eugenics was on the rise. This misuse of science and philosophies pretending to be science was rationale to cleanse humanity of undesirable races, beliefs or attributes. People remember the result of this horror in World War II under the Nazis, yet don’t know that this thinking had been promoted among the “elite” thinkers and governments across the world for decades.

While many many post-WWI writers saw hopelessness, and others turned to Progress as a god to right humanity, Tolkien and Lewis saw the importance of every life. They wrote of evil that couldn’t be reasoned away — and could be hidden behind “science” and “progress.” The equality of peoples doesn’t automatically equate to the equality of ideas and actions. Even Tolkien’s “dreadful orcs are presented as rational beings” — but being rational isn’t the same as being on the side of virtue.

Middle-Earth and Narnia showed how mankind, even with its capacity for wrong, has innate qualities that can defeat the most terrible of evils; qualities that transcend superficial differences among people, and show that we are much more than a result of randomness and fate.

A Hobbit, A Wardrobe and a Great War

Check out the trailer for the upcoming series on J.R.R. Tolkien and C.S. Lewis: 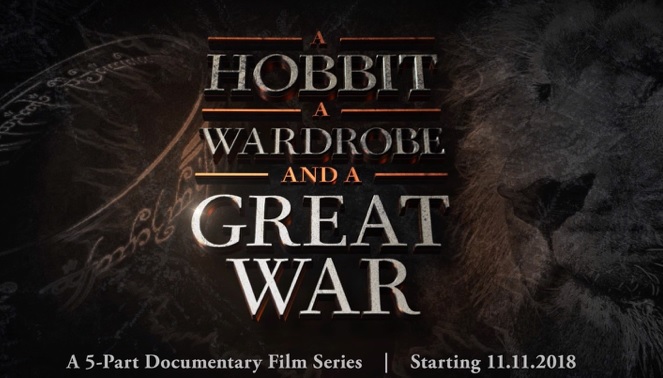